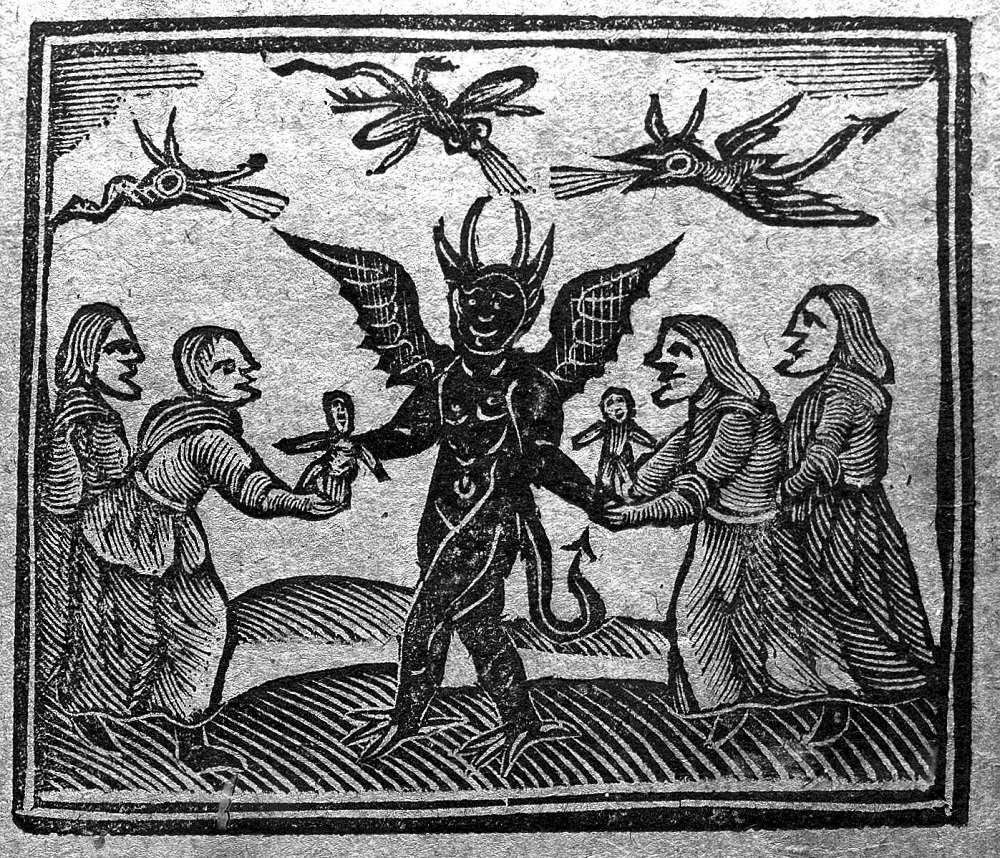 For the spooky month of October, I’ve decided to see if I am actually descended from a Salem witch!

According to my research so far, I am a descendent of executed witch Samuel Wardwell.  Actually, thanks to cousin lovin’, I’m both an 8x-great-granddaughter and a cousin several times removed.  Family trees are actually bushes, aren’t they? 😄

The Salem Witch Trials in 1692 are one of the most notorious and fascinating events in American history.  In a wave of mass hysteria, the folks in colonial Massachusetts collectively lost sight of reason. Centered in Essex County at Salem Village (now Danvers) and Salem Town, 19 people were hanged, one was crushed to death, and several people died in jail from disease.

There are many theories as to the cause of the panic.  Like any social event, it appears to be a mix of external and internal forces:

Add to all of this an opportunity to get back at a neighbor or remove a less desirable member of the community and voila! Witches are everywhere–prepare the gallows!

Who Were The Accused?

Some of the “witches” were less-liked neighbors: they were rude, they were poor, they were weird, or some combination thereof.  Some had the misfortune of owning property their neighbors coveted.  Or the even greater misfortune of a neighbor with a grudge.  Most were women but some, including my ancestor, were men.  Then, as now, women were more vulnerable, especially those who were opinionated, poor, unmarried, or widowed.  But men who had desirable property or had upset their neighbors in some way were also open to accusations.

“My” Samuel Wardwell is not one of the more famous executed witches, nor did he live in Salem Town or Village. He was a carpenter who had married a wealthy widow after they both had lost their first spouses. The family lived north of Salem in Andover, which had the largest number of accused witches (though everyone was tried in Salem). Additionally, he dabbled in fortune-telling, a popular 17th-century activity but not a good look during a witch hunt. Unfortunately, he also seems to have enjoyed spinning a good yarn, including one about being able to call his cows to him through magic! This of course would not help his cause.

In the end, he, his wife, his eldest daughter, and step-daughter were accused. At first, they all pleaded guilty. This was the smart move at the time. Those who pled guilty and expressed appropriate repentance for their deeds were not executed. Instead, it was believed God would punish them for their crimes. Pleading innocence, however, frequently had the opposite outcome. If you claimed that you were not a witch, you were assumed to be lying and that this was actually evidence that you were an unrepentant witch. And unrepentant witches went to the gallows.

Samuel ended up recanting his original plea, and claimed until the end that he was innocent. He would rather die than live knowing he had lied about the sinful act of covenanting with the Devil. And so he was hanged with seven others on September 22, 1692. These were the last formal executions of the Salem Witch Trials.

Our research should always have goals to keep us on track. For this project, my major goals are to prove Samuel is my ancestor and then apply to a witch lineage society.  Sounds easy, right?

Admittedly, my documentation is a little thin on the ground.  Not spectral evidence thin, but not up to the standards I would like.  Especially now that I’m doing genealogy professionally!  So, to help inspire me, I’ve decided to apply to the Associated Daughters of Early American Witches (ADEAW) lineage society.  Yep, there are non-war and non-Mayflower lineage societies and this will be my first attempt at applying for one.

This isn’t going to be an easy process.  According to Family Tree Magazine, “very few people qualify for membership” into the ADEAW.  Challenge accepted!

The first hurdle is qualifying to apply. You have to be a woman* directly descended from one of their approved known ancestors, “who was officially (by authority, government, or church) accused OR tried OR convicted/executed for the practice of witchcraft or wizardry in Colonial America prior to 31 December 1699.” You can see the list here.  Note:  if your ancestor isn’t on the list but you can solidly prove they were accused, tried, or convicted/executed as a witch, ADEAW also welcome your application.

This first hurdle is already partially cleared:  I am a woman, Samuel and his wife are on the list, and I believe I’m related to poor executed Samuel.  But belief isn’t going to cut it for the application!

The ADEAW website is very clear that the evidence I provide must be up to snuff.  Government records, church records, and other primary sources are preferred.  Inferred proof and use of online trees must be explained to their satisfaction.  I have the first two generations (my birth certificate and my parents birth, marriage, and death certificates).  My parents’ documents also partially satisfy the next generation, but already here I have more work to do.  Lots and lots of work.

Once I’m done with the full 10 generations and am (hopefully!) confident of my relationship to Samuel, then it’s time to get the party started:

My goal is to get my research done and submit my request for an application invitation by Halloween.  I’m not sure how long the process will take on the other side. But this is the piece I (mostly) have control over. 🙂

The best part is that you get to come along for the ride!  I’ll be posting regular updates on my progress and information about the witch trials as I move up the ancestor trail.

And what happens if I figure out that I’m not descended from a Salem Witch?  Well, frankly, I’ll be sorely disappointed.  But you will have gotten to see genealogy in action, which makes it all worthwhile (even if I’m sad to lose some ancestry street cred)!

What about your ancestors?  Anyone notorious on the family tree? Or have you ever applied to a lineage society?  Which one?  Let me know below! 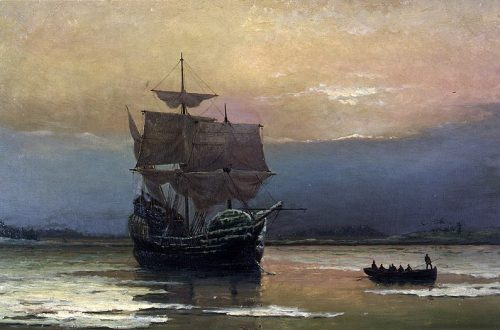