Genealogy is generally the search for ancestors who moved to where we are now. But some family members emigrated away to other countries instead.  One example of this “reverse” migration was the flow of Black Americans to France between WWI and WWII.  In this first part of a two-part series, we’ll explore the history of this extraordinary event.

The chaos and change of war don’t end when the war does.  They continue to cause disruption for years afterward.  In U.S. history, after the Civil War and Reconstruction ended, Jim Crow laws and violence against African Americans began. This resulted in the Great Migration–the largest internal migration event in our history.  But after World War I, there was a smaller but still important migration to France.  Some of the emigrés are household names, such as Hemingway and Fitzgerald.  But others moved for a different type of freedom:  an escape from the racism, violence, and lack of opportunity found at home.

WWI & The Summer After

World War I brought a complicated opportunity to African Americans.  On one hand, fighting for a country that had repeatedly failed them seemed like lunacy at best.  On the other, perhaps this was the chance for Blacks to prove their value in a very important and public endeavor.  And hopefully, after fighting the war, they could also find success in the battle for civil rights.

As in most areas of American life, the military was officially segregated.  Racist treatment of Black soldiers was endemic.  Instead of fighting, they received demeaning labor assignments.  They also endured inhumane work conditions, unequal restrictions, and unfair punishments.  Basically, not much different than at home.

However, Black American soldiers who were placed under the French command had a much better time of it.  Though not perfect (nor is France’s record on race relations), it was a huge improvement over the treatment received from their fellow Americans.  The French people also embraced the Black soldiers. They were saviors fighting the enemy. And the African American culture, especially jazz music and dance, enchanted them.

Even before the war, France had a reputation for being “color blind” compared to the U.S.  Once there, the Black soldiers were able to experience first hand the relative freedom of life away from Jim Crow.  And after the war, some would return to that freedom.

Back home, African Americans faced even more challenges. They arrived in early 1919 to a country in crisis. The Spanish Flu was at the beginning of its third wave. And the economy was struggling to re-assimilate about a million soldiers into the workforce.  Tensions were high.  Whites felt threatened by the now trained–and in many cases decorated–Black veterans.  Veterans who now rightfully sought equality in the U.S.  Predictably a large number of Whites wanted to retain the pre-war status quo.

The conflict came to a head during the Red Summer. Named for the amount of blood shed in lynchings, riots, and other violence across the country, it cemented the idea that leaving was better than staying for those who could swing it.

How To Get To France?

Getting to France was the first challenge. Some African Americans emigrated on their own, scraping together the money for the passenger ticket.  Others made it over as part of entertainment troupes or jazz bands.  Some, like their White counterparts, only stayed for awhile.  Some, instead, stayed for a lifetime.

The 1920s were a golden age for sailing and the American dollar was king.  However, that did not make the passenger fares cheap.  The “tourist cabin”–a new level of Third Class intended for students and budget travelers–was the sailing equivalent of coach seating on an international flight.  Everything you needed was included.  Everything you wanted was reserved for First and Second Class.

It was theoretically better than the steerage accommodations in the traditional third class, which was meant for immigration to the U.S. (think Titanic). At least on the RMS Olympic (Titanic‘s erstwhile sister), the Tourist Cabin looks like a compromise between the old Second Class and Third Class spaces.

The tickets were about the same price as a modern plane ticket after currency conversion.  For example, a one-way ticket ran about $128 in 1928. This is the equivalent of $1,910 now*.  So not much more than a high season plane ticket booked a bit too late.  Except it took a week and you got a bedroom and three squares a day!

Nevertheless, then like now, these prices were quite high for a lot of families.  Especially those struggling against systemic lack of opportunity.  This meant going over was a bit easier for those in the entertainment industry, as the show producers covered the costs.

France’s fascination with Black culture had not ended with the war. Black American entertainers were highly sought after. Impresarios basically “imported” talent, including dancers and musicians. The most famous example of this is the extraordinary Josephine Baker.  She found instant and lasting success in Paris and ended up living in France the rest of her life.  She was even awarded three different medals and honors for her activities in the French Resistance!

After the 1929 stock market crash and resulting Great Depression made Paris more expensive, and as fascism grew next door in Germany, a number of Americans returned home in the 1930s.  And any people of color who could flee German-occupied France did; the Nazis didn’t limit themselves to removing the Jews. Those who returned after the war often became life-long expats and a part of the tapestry of French life.

I hope your interest in now piqued for this oft-forgotten piece of history!  Check out these resources to learn more.

The War and Aftermath

The American World War I Museum has put together a Google Arts & Culture Exhibit on the African American Experience in the war.  There are plenty of photos and some stories.  They also need help identifying all of the soldiers in the images, if you recognize anyone from your family!

You can read more about the Red Summer in these articles here and here.  To go deeper, check out the book Red Summer: The Summer of 1919 and the Awakening of Black America [affiliate link] by Cameron McWhirter.

The African American Experience in Paris

While the post-WWII years are fairly well documented, there are fewer options for the Interwar period. However, there are several books on the topic ranging from general history to specific experiences:

For a more visual experience, the award-winning documentary Paris Noir: African Americans in the City of Light (it does not seem to be related to the book) is available to rent or buy here.

Thank you for coming along on this transatlantic journey!

In Part Two, we look further at the genealogical resources available for this time period.

Do you have any family that went to France between the Wars? And would you leave your home country for better treatment and opportunity or stick it out at home? Let me know below! 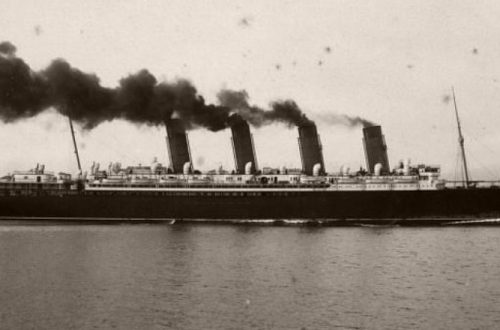